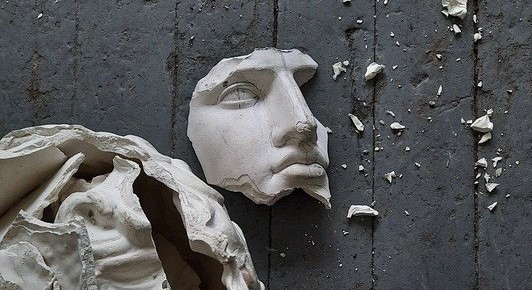 Between the Sage and the Sufferer

We live in a reality there the balance swings between a world of cause and effect and a seemingly random chaotic chance. While those who are successful will trumpet their “10 rules for getting ahead” or Steven Covey’s “Seven Habits of Highly Effective People”, there are times and lives that do everything right but still end up without success. Is this all luck or is there something else that is going on in the universe? Firstly, those who are successful often fail to acknowledge the level of advantage they were born into or the serendipitous circumstances they were the beneficiaries of. In a study conducted by a university on the emotional response to advantage, those who were obviously given a massive head start in life were more often likely to attribute their success to hard work and their own genius rather than acknowledge they were lucky. In a simple experiment, participants were asked to play a game of Monopoly with a difference. Some of the players were given twice as much money to start off with than the others and were given two dice to roll, while the rest had to roll with one die. What the experiment demonstrated was that the players with advantage often responded emotionally to the game play as if they were skilled players and deserved their wins. Even in this simple test they failed to see that the game was rigged in their favour.

In a similar fashion, those at the top often look down on others whose life has not matched their success with disdain, emotionally distancing themselves with a belief that their poverty was a result of their own moral failings rather than life circumstances that disadvantaged them from the start. To many who are in the upper income brackets, the poor are to blame for their poverty because, if they worked harder or smarter, they would not be poor. This has been proven to be wrong on so many levels but it is hard for people to see the inherent injustices of life because it seems to diminish their own achievements.

“To many who are in the upper income brackets, the poor are to blame for their poverty because, if they worked harder or smarter, they would not be poor.”

I believe it has to do with two worldviews represented in the Old Testament; that represented in the book of Proverbs and that represented in the book of Job. Both books are scripture and present truths that are essential for the Christian life, but one is easier to understand and digest than the other. The book of Proverbs represents what I would call the law of cause and effect. If you live a life of wisdom you will reap certain benefits. Actions have consequences that can affect life. The maxims, attributed to the wise King Solomon, are often simple dualisms: Do the wise thing and good things will follow. Do the unwise thing and bad things will follow. There is truth to these sayings and many have lived prosperous and happy lives having adopted their principles into their daily habits. So much so that it would be easy to assume that all lives are determined by one’s adherence to their wisdom. This is the stance taken by many Christians who adopt the Proverbs worldview alone.

But there is also the book of Job. Job is almost the opposite of proverbs: a man who has lived his life with godly wisdom is afflicted with the worst series of disasters imaginable, so much so that his friends (Proverbs theologians) are forced to attribute his suffering to his own folly and sin even though they can clearly see that his life has been exemplary. Their proverbs theology has run aground on the rocky shoals of tragedy and, instead of seeking to learn a new way of looking at the world, they instead choose to accuse Job of being a hidden sinner of the worst kind. If sin and folly leads to failure, then Jobs absolute fall to destitution and misery could only mean that Jobs sins were worse than any other. Of course the reader knows that God Himself has acquitted Job of wrongdoing and has in fact boasted about him to those in heaven and that Job’s suffering has been launched to demonstrate that God’s best man would not turn apostate even if everything was taken away from him. It was a kind of wager and only the reader is given a view of this heavenly perspective. When finally God responds to Job’s cry for answers from Heaven, He doesn’t give him what he seeks but instead reminds Job that life is not safe and that he cannot grasp the immensities of God’s understanding and dominion over creation. Job is himself silenced and humbled, and agrees that God is God and he is not.

“If Proverbs urges the reader to not self-sabotage your life, Job warns that life can still sabotage you.”

If Proverbs urges the reader to not self-sabotage your life, Job warns that life can still sabotage you. Our response to poverty and misery around us should never be to uncritically blame to sufferer. If we are prosperous we must acknowledge that there are circumstances beyond our control that have aided our rise. If others are in poorer circumstances we must also understand that they are often the victims of circumstances that are also beyond control. In all life’s manifestations we should be humble and compassionate for we don’t know who is really blessed by God and who is not.